In September 1980 the Solent MCC hosted the Solent Rally which at that time was held in a scout camp near Gosport in Hampshire. 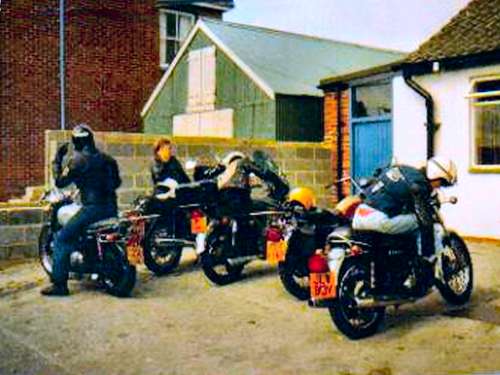 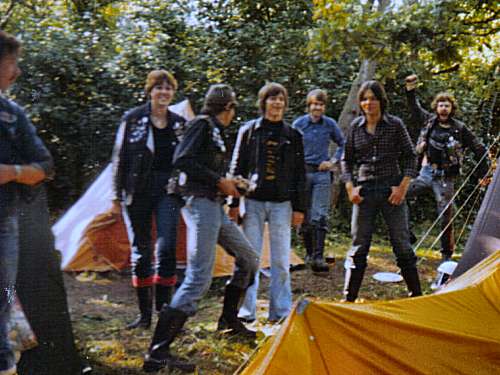 The beer tent was in the only large clear spot and you camped in the small spots in between the trees. An interesting prospect finding your tent after a night in the beer tent!

The 1982 solent rally was held at the same scout camp as the year before, in September. 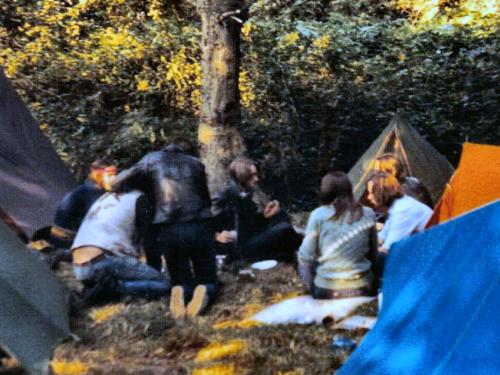 This is the Solent MCCs summer rally which I used to do in the eighties. It now has a new home at Fort Purbeck overlooking the sea at Portsmouth. 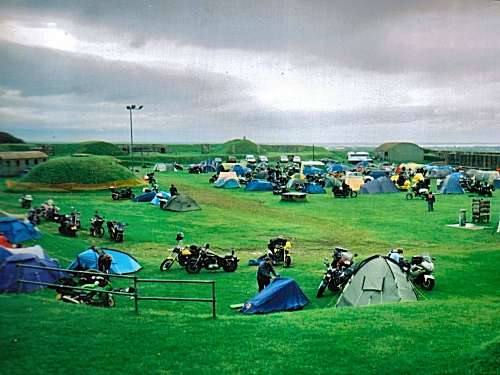 The 2009 rally was the 40th anniversary of the rally. The bar is run by the club and features bergain priced drinks including 3 different real ales from a local brewery.

There are no live bands but a very good rock disco by "Spike" and I always seem to end up pissed and dancing into the early hours with friends from Gosport and Cornwall.

There are three different rooms; one a quite one, the bar and the disco.

I was member of club from 79-82 and went to both the Solent and Brass Monkey rallies plus the camping weekends for club only on the Isle of Wight.