Well it's October again, time to wend my way up North, back to the Tartan (33 out of 34! - I was in New Zealand a couple of years ago) Anyway, a problem reared its head before the rally. 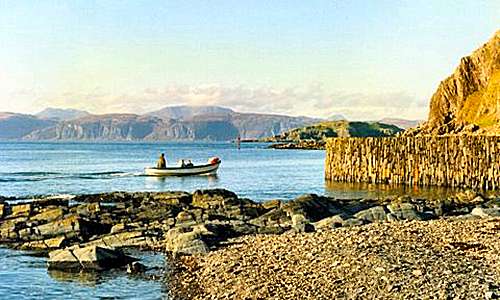 The usual transports not available, (my trusty R100RS BMW) I left things too late and the postal strike meant essential parts are not received in time to complete it.

Be warned, it is very well policed!

The journey up was dry and first rate. The road from Callandar to Strathyre (the Thistle or the Scottish Bluebell site in years gone by) in particular was very enjoyable. It's a different story come Sunday there though. Be warned, it is very well policed! We saw a hand held camera and unmarked vehicles. 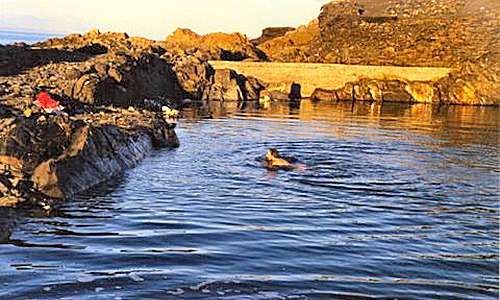 Anyway futher up country I arrived at the Rally and went and met up with friends from the Mercury Club and others at the booking in tent. Friday was the usual look round the villiage, then in to watch (and hear!) the band. 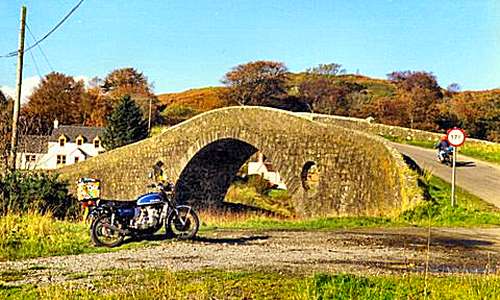 A late start on Saturday morning made me miss a run out round the back roads with my usual friends, but I was fortunate enough to take a trip out to Rannoch Station with Mary Roberts (of the LPMCC). We were a bit surprised at the number of vehicles up there. It's usually desolate with few visitors now summer's gone! But we were fortunate because we were able to watch part of the filming of a forthcoming Harry Potter film. They were doing the "Hogwarts Express" bits with the steam train and a helicopter for the filming. It turned out to be an excellent day out and totally unplanned!

Right then, onto the bad bit, also including a helicopter!

I rode the first part of my journey home on Sunday with Roy Watkinson from the Tees Tornadoes but he turned off at Stirling. 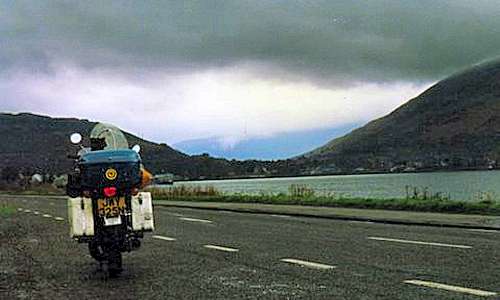 The last part of the Journey I remember was filling up with petrol at Annandale Water on the M74. After that I woke up in Carlisle Infirmary!!!

Apparently I crashed on the M6 near Penrith and I also can't remember my only ever trip so far by helicopter!!!

The good news is was not badly hurt, I didn't hit anything else so it's just two or three bones to mend and another project BMW!!!