Held by the Bexley Gropers in February at a municipal campsite.

The overnight temp on both nights was minus 12! However, being young and stupid, we went to the local Bass pub in Sidcup High Street and were completely under the table both nights. 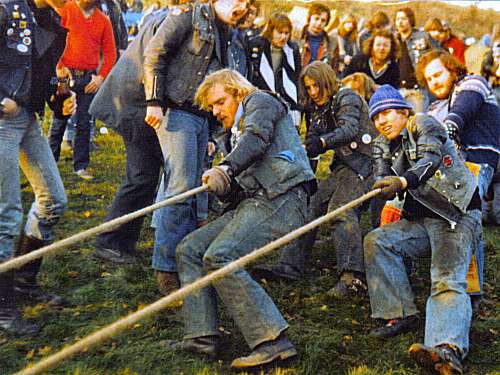 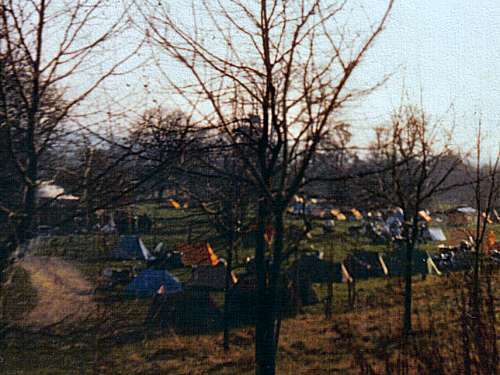 It is now held on a member's farm with the bands and bar in a barn that is also used by the local Vincent Owners Club. 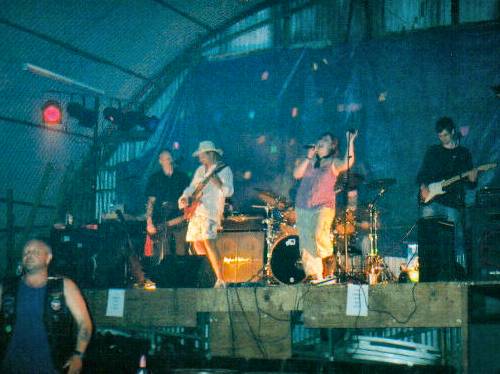 I went to the 1980 rally with a whole bunch of the Bedford Eagle MCC.

The main thing that I remember was that it started to blow a gale on the Friday, a couple of club members decided to clear off home. A good plan as the following morning their was a tree where there tent had been.

The other event was on Saturday morning. It was decided to ride out for provisions. On the way down the lane one of the club members & girl friend fell off. No serious injuries but a woman had seen this happen came out, gathered the injured pair up to minster to there wounds.

We carried on to a local pub to wait for them. Any way three hours later we were all pissed, gave up the trip into town & returned to the site slowly.

This is how I remember it; any errors are down to the Booze.