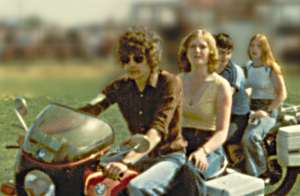 Even though the British Motorcyclists Federation held their first Peterborough Show , I still call it Woburn. No wonder I cannot recall half of these rallies!

Woburn was a weekend camp from the start. It was very much an event for the affiliated clubs. The BMF have done well to enlarge and commercialise the rally while retaining a lot of the old spirit. 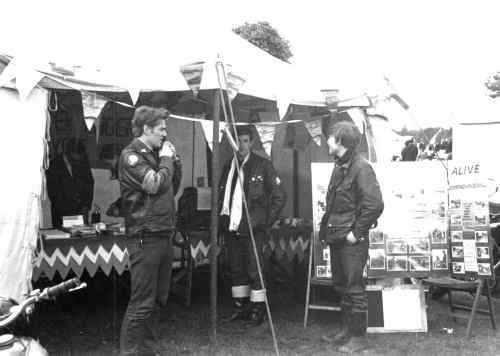 The b & w photo of the club stand shows me on the far right, and Alan Wicks, a mate I rode down with in the centre. Ken Stevens is on the left.
I did most of the Woburn rallies from 1967 to 1971,still have the badges. I think I prefer Woburn than the Peterborough rallies of late.

The club has won the best local club display award on two occasions. First at Woburn in the 1960s and again at the Peterborough East of England Showground in 1979. We still need to trace the earlier cup but the second trophy has returned to the club.

At Woburn I recall Paul Draycott taking off in fourth gear on his Ariel Square Four without slipping the clutch. It was the chain that was doing the slipping. 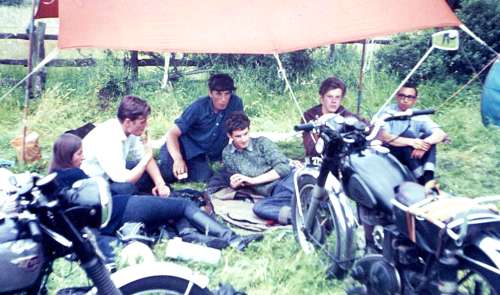 Over twenty Solent Club members braved some miserable weather, which finally brightened up for the 20 May British Motorcyclists Federation rally held at Woburn Abbey in 1973. The club got runners up in the club attendance award.

From the Solent Club History by Graham Cooper.